Who has not experienced the following: The button on the induction or ceramic hob is just slightly soiled but does not work any more. Or the touch control panel of the machine tool needs to be cleaned several times a day to ensure continued operation. Not only distorting parameters such as water, grease or other lubricating films obstruct the operation of the underlying button, but also electromagnetic disturbances. Capacitive touch sensors from EBE sensors + motion are capable of suppressing all these distorting parameters in order to ensure a reliable operation, even in case of heavy soiling or operation with gloves.

The new EBE technology is capable of eliminating any kind of artefacts and disturbances to shield the desired tactile signal from interference. To achieve this, the algorithms can distinguish between a great variety of influences, e.g. a finger from a water puddle, although both components act capacitively. The new capacitive touch sensors recognize different media and deliberately execute switching operations - or refrain from doing so. This allows to send unequivocal signals even in case of diverse and varying soilings. The electromagnetic disturbances that frequently cause problems with industrial applications can be suppressed by this technology.

Distinction Between Deliberate and Random Actuations

Furthermore, the novel capacitive touch sensors from EBE are capable of distinguishing between different kinds of movement. A deliberate operation of the button can be distinguished from a random swiping motion. This is particularly useful during the cleansing process. Thus, it is avoided to randomly switch the touch sensors on or off.

Due to the high sensitivity, it is possible to measure through different materials, even very thick ones. Operating the touch sensors is also possible with thick gloves. In case of difficult installation situations, the sensor can be adapted to the respective condition so that even small installation spaces can be equipped. 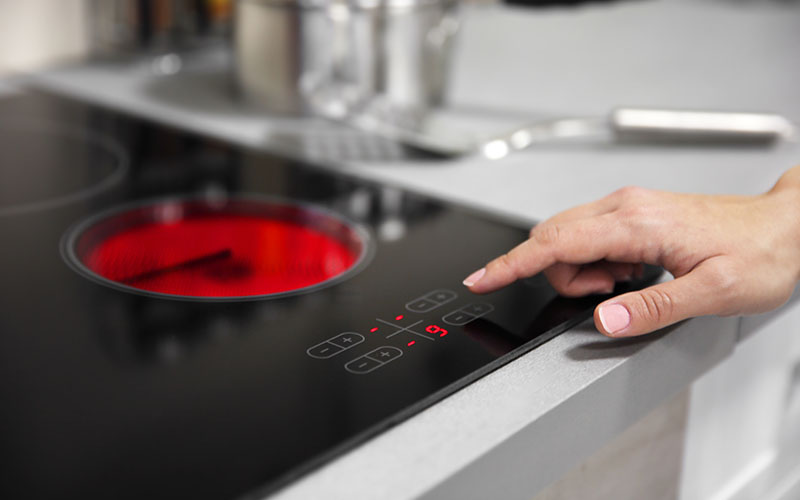 The novel capacitive touch sensors from EBE sensors + motion work reliably even under roughest conditions. The button may be completely covered with water and can still be operated without any restrictions.

Publication of photos is licence-free and free of charge. Source information requested.

The company EBE Elektro-Bau-Elemente GmbH (brand name: EBE sensors + motion) based in Leinfelden-Echterdingen near Stuttgart develops and manufactures OEM-products in the fields of sensor technology, components for HMI-interfaces as well as actuator and mechatronics technology. The focus lies on capacitive and inductive sensors based on the technologies developed in-house and mechatronic solutions for industry, appliances, medicine and mobility. The sensor program also includes level sensors, pressure sensors, position sensors and capacitive buttons. Furthermore, EBE develops and manufactures customer-specific solenoids and robust rotary switches, buttons and encoders and adapts them to the customer requirements. The company sees itself as a competence center for the development and production of sensor systems and drive technology.